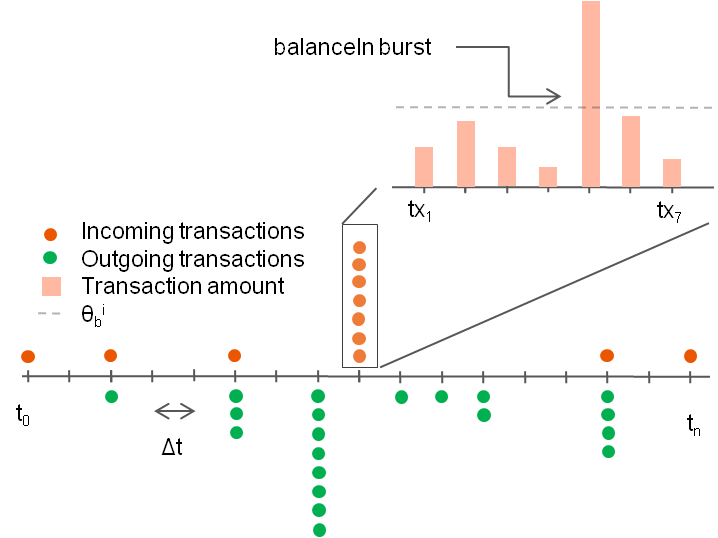 Directed Graph based models of a blockchain that capture accounts as nodes and transactions as edges, evolve over time. This temporal nature of a blockchain model enables us to understand the behavior (malicious or benign) of the accounts. Predictive classification of accounts as malicious or benign could help users of the permissionless blockchain platforms to operate in a secure manner. Motivated by this, we introduce temporal features such as burst and attractiveness on top of several already used graph properties such as the node degree and clustering coefficient. Using identified features, we train various Machine Learning (ML) models and identify the algorithm that performs the best in detecting malicious accounts. We then study the behavior of the accounts over different temporal granularities of the dataset before assigning them malicious tags. For the Ethereum blockchain, we identify that for the entire dataset - the ExtraTreesClassifier performs the best among supervised ML algorithms. On the other hand, using cosine similarity on top of the results provided by unsupervised ML algorithms such as K-Means on the entire dataset, we were able to detect 554 more suspicious accounts. Further, using behavior change analysis for accounts, we identify 814 unique suspicious accounts across different temporal granularities.